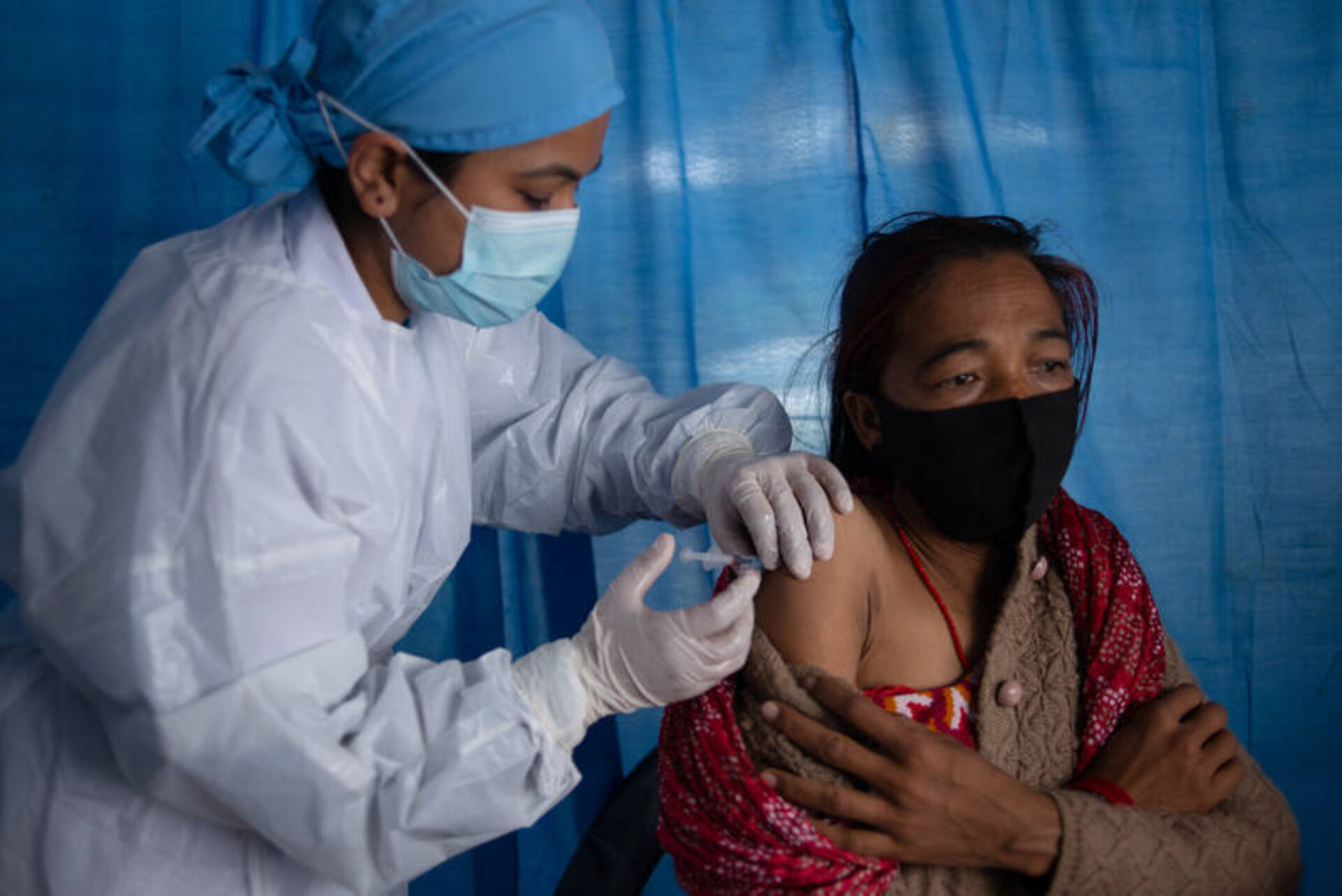 In the shadow of the covid Indian tragedy, we barely heard about what happened in Nepal this spring: as its giant neighbour, the small Himalayan country was being hit by a massive wave of covid-19 cases, overwhelming its health system. On April 20th, the country recorded 314 835 cases, the highest ever daily total recorded by any country. At least 6000 people died during this second wave - the figures being said to be largely underestimated. To avoid another chapter of the endless covid tragedy, one partial solution is supposedly available worldwide: anti covid vaccines. But by the end of August, Nepal has received only 14 million doses of vaccines and barely 17% of the population have received their first dose. In France, more than 74 % of the population have had their first shot yet, and a third boost is now being delivered to the already vaccinated. How could the most developed part of the world go for a third jab when most of the rest of the world has not even got its first injection? From an ethical point of view, our report will explore the massive inequity linked to vaccines access. From a scientific perspective, we'll also explain why it is also the less justifiable option, as to prevent the emergence of new variants, research has shown that it's of global public interest that as many people around the world are vaccinated. In our story, we'll tell how Nepal is struggling to secure vaccines, at what costs it has received doses from its partners, like China or Japan or India, who stopped shipments of the doses while the country was itself facing a crisis. Has the COVAX scheme, supposed to facilitate access to vaccines to the poorest countries, kept its promises in Nepal? We also bring you to the field, in the capital city of Kathmandu and in the mountainous district of Sindupalchok, where the struggles are also huge: from transportation to keeping the cold chain safe, from training of health workers to reaching the unreachable remote areas of the mountainous Nepal, how does the country manage to distribute the vaccines that it fought for on the international level?