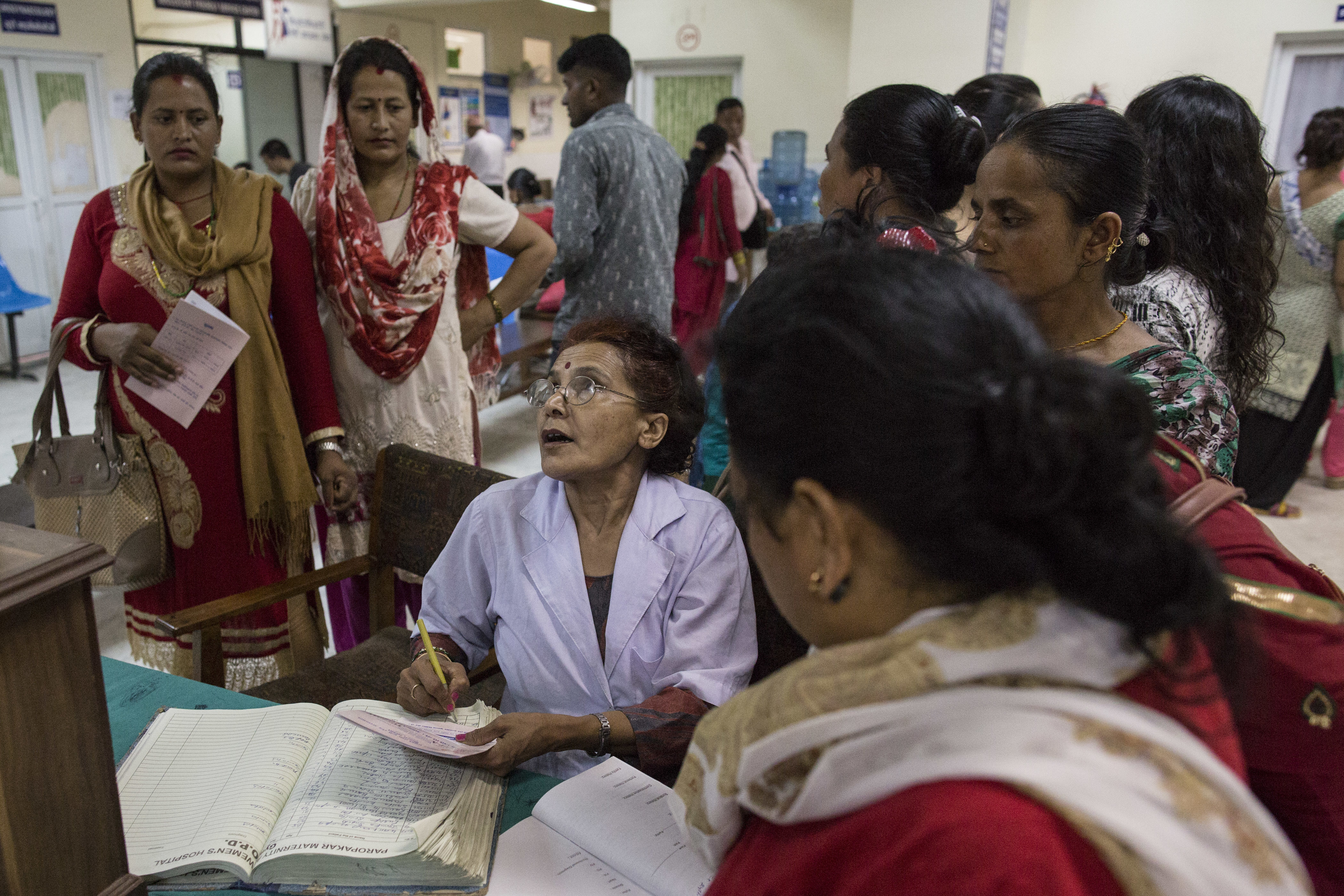 Since 2016, the EJC has been running the grant programme which offers journalists the opportunity to get a reporting grant of 15,000€ (on average) for an in-depth reporting project on the topic of global health, reported from a developing country.

This programme has proven very successful: To date, the Global Health Grant Programme has awarded 29 projects in Germany that led to around 200 publications to date, raising awareness of the topics across a large spectrum of news media and specialised magazines in Germany. For the 10 French projects awarded last year, more than 50 stories have been published in relevant French media outlets so far. The programme helped editors realise that global health topics can be exciting and reach a considerable audience, like a story on Fistula which received around 3 million views on Spiegel Online. Journalists felt the reporting advanced their career with new contacts to editors, an enlarged network of fellow grantees, and in some cases with journalism prizes, like the Memento Prize for Neglected Diseases or the Journalism Prize of the German Central Committee to fight Tuberculosis.

For these reasons, we were excited to launch a new round of applications earlier this year. 14 German projects and 13 French projects convinced the juries with their under-reported, yet important topics.

Meet our winners and their fascinating projects:

Poisoned by the dirty gold

This project will investigate the working conditions in artisanal gold mines and the health damage caused by the use of mercury and cyanide in two countries (Bolivia, Peru). It will explain the cross-interests that created this situation and the difficulty of local NGOs and medical staff to change it. Finally, the project will show that there are other methods of clean extraction and how they could be imposed.

Traditional medicine, modern medicine, the end of the war?

For thousands of years, traditional Asian doctors have been usingpractices and herbs to heal. A few months ago, for the first time, theWorld Health Organization recognised these practices, provoking anoutcry among Western doctors who are warning of charlatanism. But on theground, in the poorest countries, traditional Chinese medicine offersan often effective and cheap solution to millions of patients. How tocreate collaborations between the two approaches?

How Africa wants to break the curse of pain

By highlighting the efforts of palliative care pioneers in Africa promoting better access to morphine, this project will shed light on the lack of affordable generics and the restrictive regulation of anti-pain drug imports. It will aim to better understand the paradox of this deficit and the abundant smuggling of opiates.

Tuberculosis: the scourge of another era ravaging India silently

India accounts for a quarter of all cases of tuberculosis, an infectious disease that has become the deadliest in the world since 2016, ahead of AIDS. This project will follow the work of NGOs at the heart of the contagion outbreaks, the Indian slums. The team will investigate the challenges and promises of access to bedaquiline, a new treatment recommended by the WHO. The journalists will detail the various clinical studies conducted in India to determine whether that country could contribute to its eradication on the planet.

Searching for the lost bacteria

Industrialisation threatens a little-known biodiversity, the biodiversity of our intestines. To save these endangered bacteria, MIT researchers travel the world collecting stool samples from indigenous people who still have a very rich microbiota. This report will show how the people furthest from the modern world can help those made sick by civilization.

Due to untreated or poorly treated sexually transmitted diseases, abortions performed outside medical settings and complications related to female genital mutilation, Africa is the continent most affected by infertility due to a high rate of infections and lack of treatments.
In spite of this situation, there are few specialised doctors. This project will look at the suffering couples, as well as the solutions they can turn to, including "the walking egg" technology, which costs one third less than the in vitro fertilization.

Noma is frightening. This face gangrene mainly affects malnourished children and leads to death in 8 out of 10 cases. However, noma can be cured and can be avoided. The goal of the project is to raise awareness of this disease by shedding light on survivors who have become adults and to show the medical as well as the societal consequences of the disease they have to overcome.

Innovative ways for curing mental disorders in a refugee camp

In Bangladesh, Rohingya refugee camps are places of innovation for the emergency treatment of mental disorders (schizophrenia, depression, anxiety, ..). The only organisation with a psychiatrist, Doctors Without Borders, welcomes refugees in dedicated spaces called "shanti khana" ("places of peace"). In this largest refugee camp in the world, patients are sometimes detected and accompanied by other refugees.

Ebola in the DRC: a crisis of confidence

One year after the beginning of the Ebola epidemic in North Kivu, halting the spread of the disease is a continued struggle. This is largely due to a crisis of public confidence in the international humanitarian system. Looking for solutions and introspection, the journalist will meet those who act on the ground, to explore the lessons learned and consider them for future processes.

Democratic Republic of the Congo (DRC)

India is entering a post-antibiotic era where common infectionsbecome deadly again. Some 58,000 newborn deaths are reported every yearbecause of multidrug-resistant bacteria. These estimates are based onvery small samples or hospital data that do not reflect reality. Thepurpose of this survey is to show that the record of superbugs isunderestimated in India and to give faces to these victims.

Every year 300,000 people are affected by Lassa fever and among them 6,000 people die mainly in Nigeria. Since January, there is an explosion in the number of cases. More deadly than Ebola, Lassa fever remains under-researched and does not receive the same attention and funding. Yet, this disease kills between 20 to 40% of the victims. This report will follow the medical teams, facing a silent plague.

Some parts of the funds allocated to the fight against Ebola ended upin the pockets of state agents, medical staff and internationalorganisations through a system of organised corruption on a large scale.The local community sees these people benefiting from the epidemic andopposes the response as an "Ebola business". This situation leads toviolence against health workers stopping them from fighting the virus.

Democratic Republic of the Congo (DRC)

A revolutionary treatment can cure hepatitis C but its unaffordable price makes it inaccessible to millions of patients. How are poor countries coping with this therapeutic unfairness? Egypt, the most affected country in the world, is trying to meet the challenge through a major national programme and an agreement with the American laboratory that developed this treatment.

Learn more about the German projects and the French projects on our websites.

Read about the 29 reporting projects which have already been published in Germany, and the 10 projects published in French media outlets so far.

Do you want to receive funding for your reporting project?

Before the end of the year, the EJC will launch two more calls for applications in this global health reporting programme, one for Germany and one for France. Stay tuned not to miss the opportunity - it’s the last one for this programme!

You can find more information about the EJC journalism grant programmes here.

How journalists are overcoming the challenges of global health reporting

Cross-border journalism: The successful example of a German-Indian collaboration